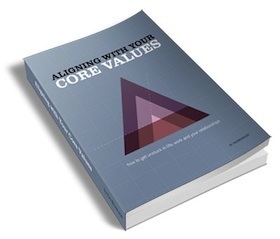 The MP3 of the Core Values Twitter Party is available in the Party Biz Connect audio archives for PBC members.

How many times have you told yourself, “Ok, I’m going to just do it and get it over with,” and all that happens is you procrastinate? I’ll bet you $100 it’s because you weren’t aligning your actions with your core values. Of course you aren’t going to cold call 10 potential customers before lunch because cold calling is painful. You hate to get cold calls, so why would you want to be the one doing the cold calling? That’s why you have to understand your core values and figure out how to use them to take actions that energize you.

Tim Brownson, Life Coach from A Daring Adventure is throwing Core Values Twitter Party to help you understand how your core values can help you grow personally and professionally. Tony Teegarden, Charlie Gilkey of Productive Flourishing and Pam Slim of Escape from Cubicle Nation will also be there.

The Party is hosted by yours truly – Karl Staib of Party Biz Connect. This Twitterific party is going to be crazy fun and informative, so be ready to learn how to leverage your values to improve your life.

During the party you’ll learn how to:

All the details you need on how to join in are below.

If you live outside of the US you can join in via Skype. Click here to find out the details. Once you are on the page click on the little Skype icon on the bottom right. Instructions will pop up for you to follow before you can join us for the party.

During the Core Values Twitter Party we will be asking you questions relating to your own experiences. To win prizes, all you have to do is let your friends know about the party, answer the questions and Retweet good responses using the #alignvalues hashtag! It’s that simple.

When the Core Values Twitter Party starts make sure you are following:

We want to make sure that you know everything that is going on during the party as well as if you won any of the prizes.

Tweet about the prize you want to win at the Core Values Party to increase your chances of winning a prize. There will be a prize awarded to a person at the beginning of the party to someone who helps spread the word about this great party. Write your own tweet or use the following example…