Before I begin by telling you how to increase your chances of winning a prize at a Twitter party I want you to appreciate that this shouldn’t be your goal. Yes it’s nice to win a prize, but it’s doesn’t always happen. If the party is good there are a lot of people vying for prizes. 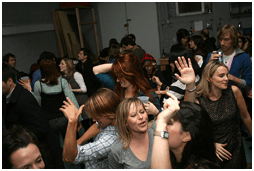 It would be similar to being single, going to a party and meeting someone awesome, clicking with them instantly and leaving the party to go grab a drink so you two can be alone. You can’t go into every party with these expectations because you’ll end up leaving disappointed.

Winning prizes should be the secondary goal when attending a Twitter party. Now that you understand the mind frame you need to possess going into the party it’s going to a lot more enjoyable. With that being said winning a prize is a lot of fun, so I’ll explain how you can do just that.

Let’s talk about what increases your chances of winning a prize. It all starts by applying a little strategy to how you hang out while in a Twitter party. Not everyone throws a Twitter party like Party Biz Connect so make sure you know the rules before you join a party.

My only rule when giving out prizes is no family member of mine can win a prize. I want to be as honest as I can when picking a winner. If they are related to me or live in my home they are not eligible to win. 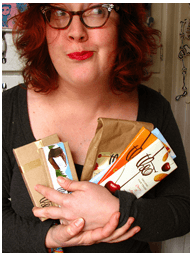 How to win prizes in a Party Biz Connect party:

1. Retweets Before the Party

Every great party needs build up before the actual event. Imagine the Oscars without all the buzz. So I reward people who help me build the buzz for the party. So before the party actually starts there is usually a winner that has been picked.

I love rewarding people who retweet a great quote, idea, or answer to a question. There is something that tugs on my prize giving heart strings when someone catches a cool quote from the teleconference or another Tweeter and let’s everyone know about it.

During the party I am asking questions about the product and ideas that are being talked about. I want people to give me some quality answers that make me think. When a good answer makes me think there is a good chance you could win a prize.

4. Interacting with Each Other

Every party must take a life of its own. That means the host must keep the conversation flowing, but the real action happens between everyone in the party. Let’s say people came to find out more about how build a business through copywriting. Each person brings their own knowledge to the party. When you step in and answer questions and interact with people that makes me very happy.

5. The More Quality Tweets the More Chances You have of Winning the Grand Prize

A Twitter party needs a lot of tweets so it can stir a lot of conversation. The more tweets a person puts out there the more chances they have of winning. It’s a numbers game. The more lottery tickets you buy the more you increase your chances. Of course winning a prize with 100 other people is a lot easier than winning the lottery. If someone is trying to game the system they are eliminated by me.

The more conversations that you are in the more the host sees you. That’s what a good host loves. He wants to see the tweets flying because that means he has done his job well.

Next time you are in a Twitter party make sure you are active, so you have a chance to win a prize. Like we talked about in the beginning of this article you shouldn’t make this your main goal. You should join a Twitter party because you are trying to make a few connections. It’s these connections that will build friendships which in the long term is so much more rewarding than a prize.

Images courtesy of Jordanfischer and jek in the box