If you’ve watched “A Beautiful Mind” with Russell Crowe, you probably remember the scene when the stunning women walks through the door and all four men are looking at her. After some cool special effects of swirling numbers and such you understand that Russell Crowe is using that beautiful mind of his to figure out an equation for all of them to be happy. It’s called the Non-cooperative Equilibria. This concept was created by John Forbes Nash Jr. a mathematician suffering from schizophrenia and won the Nobel Memorial Prize in Economic Sciences in 1994. 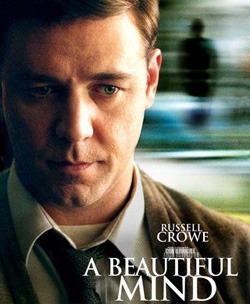 The movie conveyed the concept that too often men compete for the most beautiful women and all end up losing. There was a better way. Russell’s character explained that if they all gave their attention to the blonde’s four friends they all had a chance at going home with a woman.

Too often businesses were competing for the same slice of the pie instead of figuring out how they can help each other reach more people together.

I bring this up because Jonathan Fields has created an amazing win-win marketing event for his new book coming out. He created a special offer to the first company to buy 10,000 copies of his book that he would shave the company’s logo into the back of his head and dye his hair to fit the company’s colors. 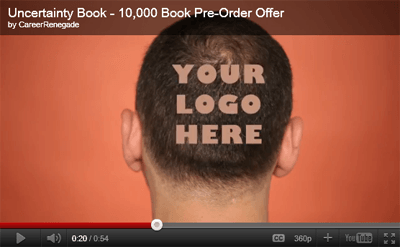 You see the win-win?

Jonathan Field rockets to the top of Amazon’s best seller list, creates a viral video that people want to share and the company gets a ton of exposure and 10,000 books to pass out to their employees or give away as presents to customers.

I’m not sure if anyone has bitten on the offer the offer or not, but even if no one does it is a great way to promote a book. There are probably thousands of people telling their friends about this cool stunt.

When you put a marketing plan together it’s best to not go at it alone especially if you are a small business. Why not create an event with another person, company or even multiple people. Conferences have learned this a long time ago. They don’t make a lot of money from selling individuals seats at a conference. They make money from the vendors that want to be seen by all those individual eyeballs, advertising and product placement.

You have to look at who you can include in your marketing to help your product tip. It may be fellow bloggers or other stores in your neighborhood. The idea is to pool your resources and create something that benefits a group of people instead of just yourself.

The best part is the relationships that you create as you try to build an event with other businesses. You are both helping each other succeed. Next time someone comes to them and they need a service that you provide I bet they’ll recommend you. It’s the win-win of marketing.

What have you done to add fascination to your launch?