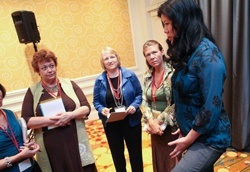 Are you are trying to level up your business? If so you need to find guidance from people who understand how to apply core principles of generating more money combined with new techniques to make this happen. It’s possible to do this if come and hang out with…

Andrea J. Lee of Wealthy Thought Leader is throwing a Twitter Party to help you understand how to generate new sources of income for your business. Alicia Forest will also be there as well as Terri Z. of Solo Entrepreneur. The Party is hosted by yours truly – Karl Staib of Party Biz Connect. This Twitterific party is going to be crazy fun and informative, so be ready to learn some great ideas to improve your life

During the party you’ll learn how to:

During the Wealthy Thought Leader Twitter Party we will be asking you questions relating to your own experiences. To win prizes, all you have to do is answer the questions and RT good responses! It’s that simple. 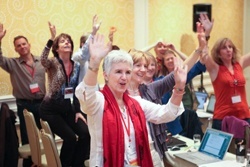 When the Wealthy Thought Leader Twitter Party starts make sure you are following:

We want to make sure that you know if you won any of the prizes.

Planning on attending?  Let us know by adding your Twitter name and URL. (ex. @Karl_Staib, http://twitter.com/karl_staib)