Too often I have tried to enjoy something because other people enjoy it too. This is a social trait that many of us adhere to because it helps us fit in within our social circles. As time passes we become discontent. We want to keep doing what everyone else is doing, but we sacrifice our happiness.

I’ve fallen into this trap many times. I’ve really wanted to love Facebook. So I kept at it. I still post on there every so often, but I’m not gaining any traction. The love was never there. 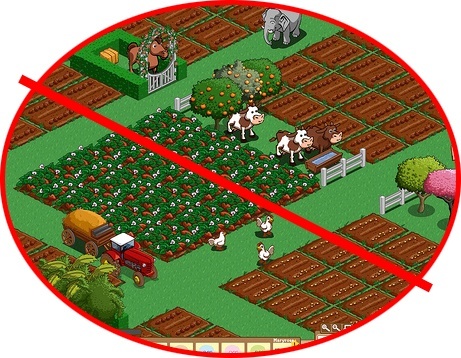 This will most likely change, but right now I’m enjoying Google+ to its fullest.

The thoughts and ideas are being thrown around. Which is better Facebook or Google+? Which social network will take the biggest hit because of Google+? 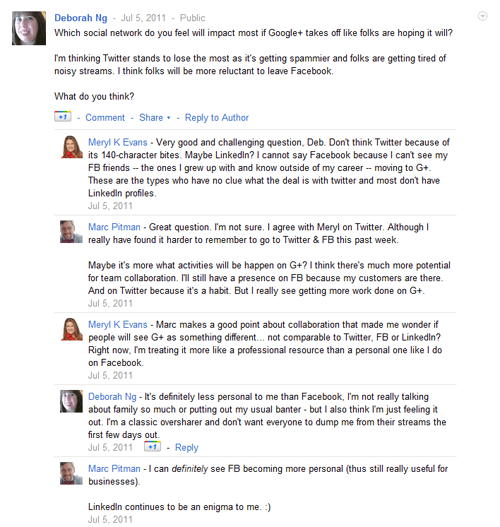 This conversation will continue for many years. There won’t be a clear winner until we see who makes more money. Sidenote: amazing how we measure success by money. It’s such an easy measuring stick, but sometimes I wish we didn’t see business in such black and white terms.

I attended my first Google+ chat to see what it was like. It was an interesting experience that had it’s faults. Twitter is a little quicker, but Google+ is a more in depth. I also had to keep refreshing the page to see what other people posted. As you see from screen shot below this was just a glitch and the auto-refresh started working again.

Here is a snippet from the Google+ chat I attended: 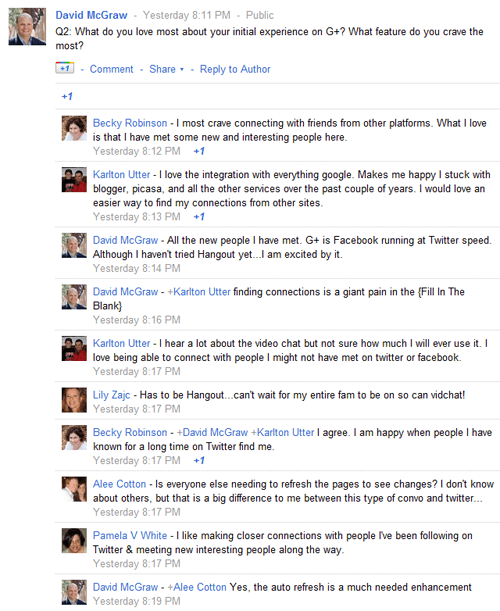 You couldn’t have this same type of open conversation on Facebook. It’s why Google+ will claim it’s niche and steal some of Facebook’s traffic.

I can’t wait to throw my first Google+ party. It’s going to be a learning experience.

The trend that I’m seeing develop is Google+ is people are more comfortable hopping in and commenting on someone’s post that they don’t know. The reason is Google is more like Twitter in this way. People’s streams can be completely open. Facebook is a much more closed platform.

That’s the beauty of Google+ is the ability to throw a contained party. You can throw out a question and let people join in and comment. As long as they follow your stream they can join in. You don’t need to be friends with them to comment.

That’s an open platform that I can get on board with. It’s about creating a conversation with people you know as well as possible new friends.

When you are looking to create a conversation instead of blasting a bullhorn in people’s faces then you have so much more than their attention, you have them responding and engaging. That’s where the online gold truly is.